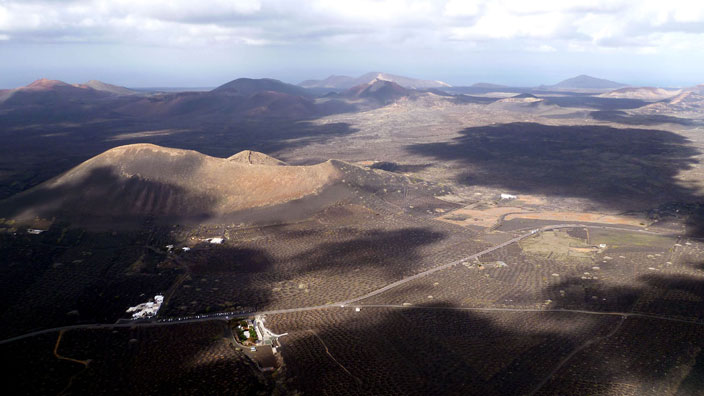 After heading off just at 700 m altitude the low cloud base caused a closer view right into the crater cone of Monte Corona, the highest volcano of Lanzarote. A very rare but especially moving sight to behold! Fresh NE-winds and labil air made it just a quick attraction and my low level mission went on. First over the valley of Haria, a typical old Lanzarote village embedded between green palm trees. Further on to the black cliffy volcanoes of La Geria and its unlandable badlands. With the varied scenery also the flying changed from thermal to dynamic hill flying, making the 60 km island crossing a low and stunning fun ride. 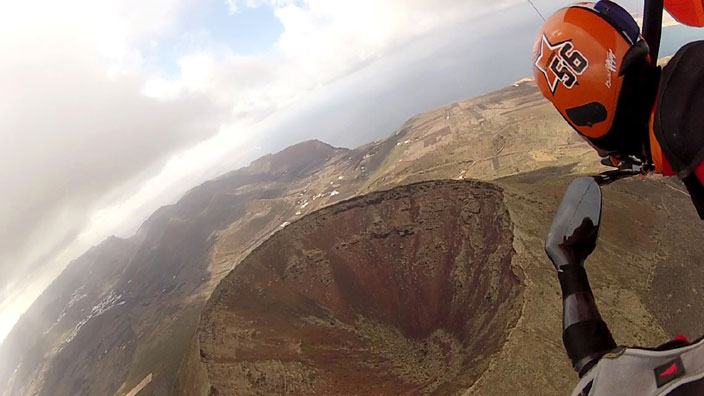 Coming more to the west cloud base kept rising up to 1.200 m. Coevally I was also reaching the end of the island and the southwest coast of Playa Blanca. Declared goal was just in front of me but with climbs up to 4 m/s and strong tailwind from northeast I threw my plans practically into the winds! Instead of starting my descent to Playa Blanca I headed south trying to gain even more altitude. Secondly I tried to get more 'upwind' reaching a better position for a possible final glide with north easterly tail winds. Thirdly I spotted that big fat cloud right over the south cape of Papagayo getting my wing to the maximum height right before the big blue ocean. But first of all I was keen on this long glide over open water and having some FUN! 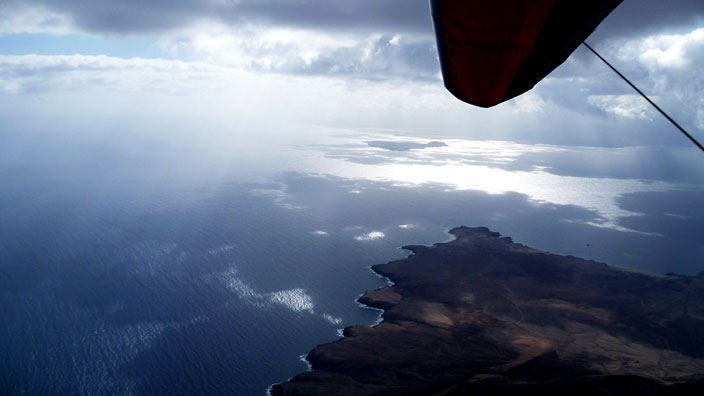 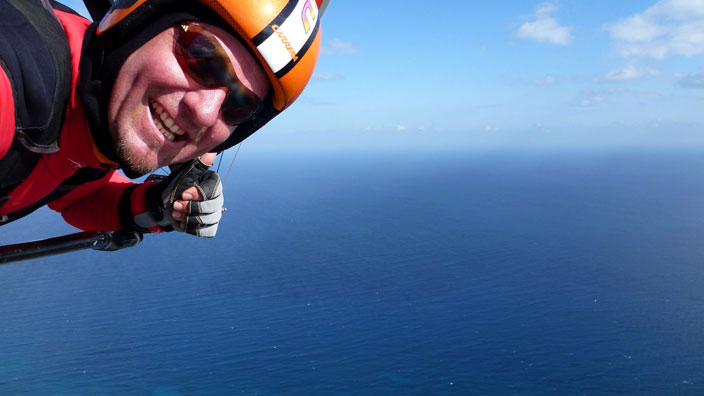 With 1.300 m, 30 km/h tailwind and incredible clear views over to Fuerteventura I had to extend my goal to the next island. I topped out at cloud base and brought my Litespeed RS on final glide towards the big blue ocean. Now it was all depending on my trustful Moyes wing and full VG...

After 15 km glide or 12 minutes flight time I reached the beach of Corralejo comfortably high at 400 m asl. I would have never dreamed of doing this intergalactic glide again! This time I even had gps, digital camera and two gopros with me. Since my maiden flight in 2007 this inter-island odyssey still had not been copied and it probably deserves to be called the longest flight by hang glider over open water. 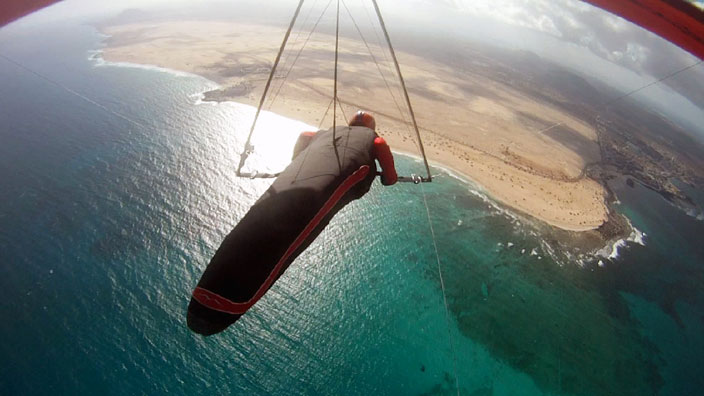 Special thanks to Aerojackie, Erik and Rose! Without this help I would be still on my way back. 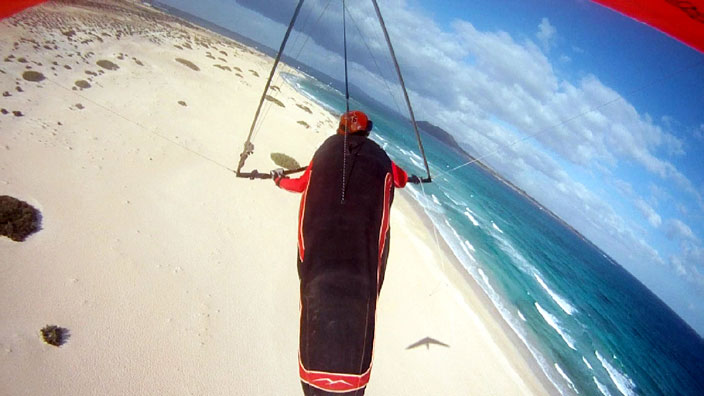 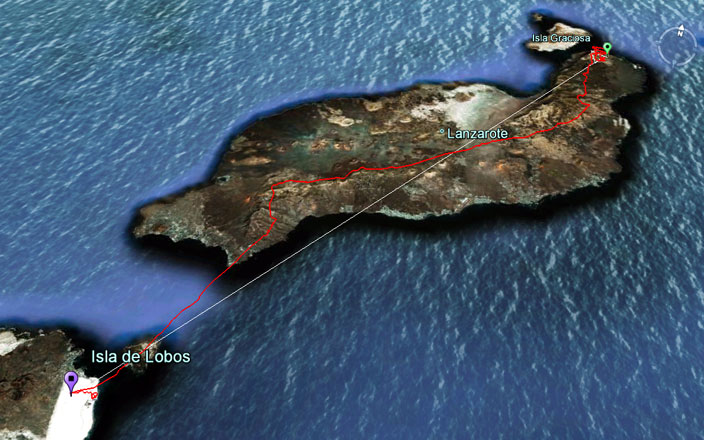